According to the Tea Association of the United States, about half of Americans consume tea on any given day. Most of that tea is iced and served either ready to drink or from tag bags; think iced tea dispensed from a soda fountain. In recent years, though, there has been an uptick in the sales of loose teas.

Does the idea of loose leaf tea scare you? Seems like too much work or worried you’ll end up with a bitter taste? Not to fear. Loose leaf tea allows you to enjoy all of the unique and distinct flavors of tea in its optimal healthy form. Bagged and packaged tea is sometimes overly strong and bitter because it brews so quickly and consists of small bits of the tea leaves. In our loose teas, you will be able to see whole flower buds, tea leaves and even dried pieces of fruit. You won’t find that quality in store bought tea bags.

So if you are new to drinking tea, or are looking to expand your options, it’s important to know just how beneficial tea can be. There is a reason this soothing and aromatic drink has been around for over 500 years (we can thank Chinese merchants for bringing it to the western world). Tea is not only versatile – there are thousands of blends of tea, each with its own flavor – the right kind of tea also has numerous health benefits. Here is a list of just some of the benefits of tea. 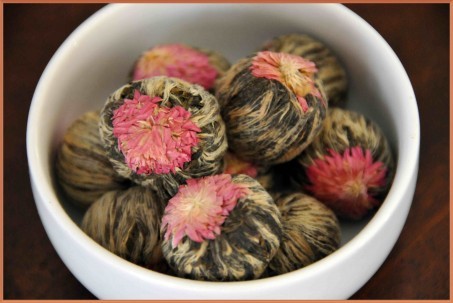 The go-to tea for weight loss is the green variety. The reason?  Non-oxidized green tea is high in catechins, a natural antioxidant. Antioxidants are nutrients that protect your cells from damage and help overall body function. You’ve heard antioxidant-rich foods like spinach and nuts touted for years, but the health benefits from green tea are just as strong.
A study from the American Society for Clinical Nutrition looked at two groups of Japanese men: one who consumed a bottle of tea containing green tea extract with 690 mg of catechins and one without extract that contained only 22 mg of catechins.

The results were clear: “Body weight, BMI, waist circumference, body fat mass, and subcutaneous fat area were significantly lower in the green tea extract group than in the control group.”

So you might wonder, “Does tea make you lose weight?” Look, you won’t be able to wash down a Big Mac with green tea and lose weight. But green tea certainly aids in the weight loss process, and paired with exercise and a healthy diet, can speed up your progress.

Best Teas for Relaxation and Re-leaf

Sure, the warmth of a freshly steeped cup of tea is soothing in and of itself. Curling up with a steaming mug and a blanket is good for the soul and the body. Chamomile, from the plant species Matricaria Chamomilla or Chamaemelum Nobile, is an herb that has been used for hundreds of years to calm and even induce sleep.

The tranquility is made up of chamomile, rosehips, peppermint and more. This blend of calming ingredients can be consumed about an hour before bed to help with stress relief and result in a better night’s sleep. Since it does come from a flowering plant, if you have a severe ragweed allergy, try another one of our soothing comfort teas.

Best Tea to Help Those With Cancer

White tea is made from the same plant as green and black teas, Camellia Sinensis, but it is picked when the plant is very young. White tea is withered and dried only as opposed to the oxidized black teas. Since the buds and leaves go through very little processing, white tea contains high levels of polyphenols, which are naturally occurring nutrients that include catechins, tannins, theaflavins and flavonoids.

This may be why scientists have found anti-cancer benefits in white tea; “White tea extract increased a specific type of cell death in laboratory cultures of two different types of non-small cell lung cancer cells, indicating that the tea may have an anti-cancer effect.” 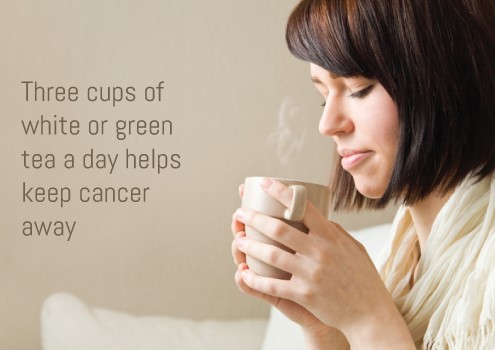 Another study that revealed similar cancer prevention benefits suggests that three cups of white tea a day is the recommended level of consumption.

Once brewed, white tea is actually a light yellow color. I‘ll let you in on a secret: If you were to ask me which is the best tea to drink, I’d say white. The subtle flavors – floral, sweet or spicy – in addition to the white tea benefits make it my favorite.

Green tea has also been proven to have cancer prevention benefits. Since green tea is high in polyphenols and is an anti-inflammatory, this tea can help prevent and slow the growth of cancer cells. 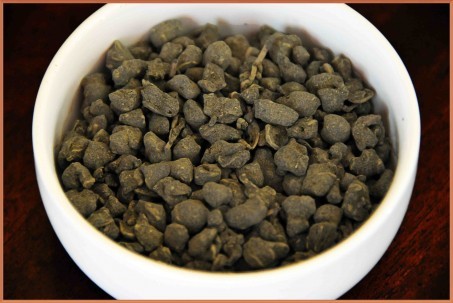 According to a team of researchers at Penn State University’s College of Agricultural Sciences, green tea can boost your metabolism.

The study, which showed that mice on a high fat diet who exercised and consumed green tea extract lost more weight than those who did not, led one researcher to say, “What is significant about this research is that we report for the first time that voluntary exercise in combination with green tea extract reduced symptoms of metabolic syndrome and diet-induced obesity in high-fat-fed mice more significantly than either treatment alone. The changes in body weight and body fat may result from increased fat metabolism and decreased fat synthesis. Green tea seems to modulate genes related to energy metabolism.”

Another type of tea that boosts metabolism is oolong. Oolong tea. In addition to Oolong’s high amount of antioxidants, this tea will help you burn fat especially around your upper arms and tummy. Our Brew Away the Blues tea can be steeped multiple times and is a unique blend in the United States.

Best Teas to Ward Off Headaches, Allergies, and Illnesses

Infused and blended teas have been used for generations as a home remedy to many illnesses. For example, ginger’s anti-inflammatory agent has been found to block headache-causing swelling. Ginger is also great at soothing an upset stomach – didn’t your mom ever give you ginger ale when you were feeling nauseous? Be sure to drink a cup of tea with ginger when you feel a headache or stomach ache coming on.

Nettle tea has antihistamine properties, similar to that in the over-the-counter medicine taken for allergies. This tea takes longer to brew, but can relieve those pesky allergy symptoms.

A particular type of catechin called Epigallocatechin Gallate (EGCG), found in white and green teas, and to a lesser degree in the fully oxidized black teas, has been proven to fight against the flu virus. A 2008 study from Wuhan University in China found that EGCG effectually inhibited the influenza A virus.

Ginseng root and leaf has been long used to boost energy and promote health.

Best Teas to Boost Your Beauty 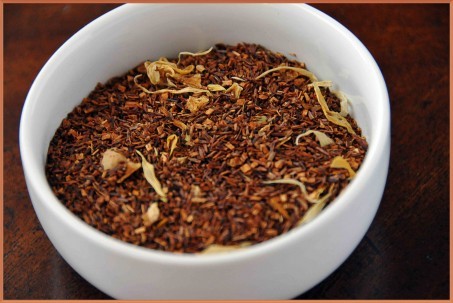 Rooibos (pronounced roy-boss) is a South African herbal blend that comes not from the tea plant Camellia Sinensis but from a plant in the legume family. It is consumed like tea and is a bright red color once brewed. Rooibos is chock full of antioxidants as well as enzymes that fight the aging process. Antioxidants can help soothe skin and fight acne-causing inflammation, so this is a great option for those of us fighting pimples and blotchy skin.

If you want to ward off bad breath, drink black tea, which contains antioxidants that prevent plaque from clinging to the teeth and stops the growth of bad breath-causing bacteria. This might seem counter-intuitive, since we think of tea and coffee staining our teeth, but studies show tea also prevents decay and promotes good dental hygiene.

White tea has also been proven to prevent the aging process by combating the breakdown of collagen and elastin in the skin, which lead to wrinkles. Thanks to its anti-inflammatory components, white tea is an important supplement to your skin care regime.

Best Teas for Detoxing & to Help You Focus 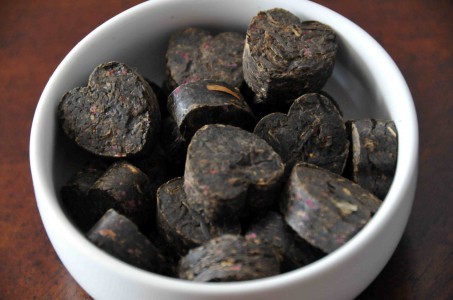 Toxins build up in our bodies over time, adding stress and pressure to our organ function and blood flow. Some teas also contain probiotics, which are healthy bacteria or yeast that keeps our body functions efficient.

Probiotic tea we is Probiotic Puerh, with peppermint, clove and licorice root. Licorice root has been a recommended remedy for those with heartburn and digestive system issues. This type of tea is also one of the best teas for sore

Teas blended with peppermint, which has been shown to improve gastrointestinal health and help with constipation, taste dessert-like and provide enormous health benefits. Perhaps the most common reason to reach for tea is for a jolt of energy. If you are like me, you can’t even form sentences in the morning until you’ve had your first cup of caffeine.

And this is more than a feeling. Studies have also shown that those who drink tea have longer attention spans and are more alert than those who do not. A cup of tea after lunch can provide the perfect pick-me-up for the typical afternoon slump at the office. English Breakfast or Irish Breakfast, both black tea blends, are excellent choices for starting your day off right.

Best Teas to Lower Blood Pressure and Risk of Stroke 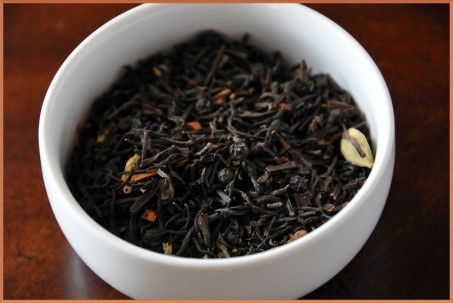 When I tell you that tea is good for the heart, you might think I mean meeting your loved one for a date over a cuppa and cookies. Sure, that’s true. But tea is literally good for your heart as well.

A study from the American Journal of Clinical Nutrition found that regularly drinking black tea lowers blood pressure variation, which can contribute to cardiovascular health: “Black tea drinkers experienced a significantly lower rate of systolic and diastolic blood pressure variation during the night. Researchers write in the study that the effects of tea on variation were immediate at day one and sustained at three and six months.” If you want to try a new-to-you type of tea, Oolong tea also has been shown to lower LDL, also known as “bad cholesterol.”

Regular tea drinking has also been shown to decrease the risk of cardiovascular disease. Further, a study from University L’Aquila in coffee-loving Italy showed that tea helped those with hypertension as well as those with high blood pressure.

The publisher of the study, Dr. Claudio Ferri, MD said, “our studies build on previous work to clearly show that drinking as little as one cup of tea per day supports healthy arterial function and blood pressure. These results suggest that on a population scale, drinking tea could help reduce significantly the incidence of stroke, heart attack and other cardiovascular diseases.”

A spicy and zesty chai tea, would be the perfect every day cup to get the benefits of the numerous botanical components of chai. Just a few benefits of chai tea include anti-cancer properties, boosts immune system, anti-inflammatory, and it’s chock full of antioxidants Raspberry leaf tea can help those with gastrointestinal tract disorders, respiratory problems, heart problems, diabetes and even in certain stages of pregnancy (consult your doctor first before drinking if pregnant).

Tea has so many health benefits that we could only touch on a few here. To help you keep track of which tea would be best to drink for your certain health need, see the chart below: 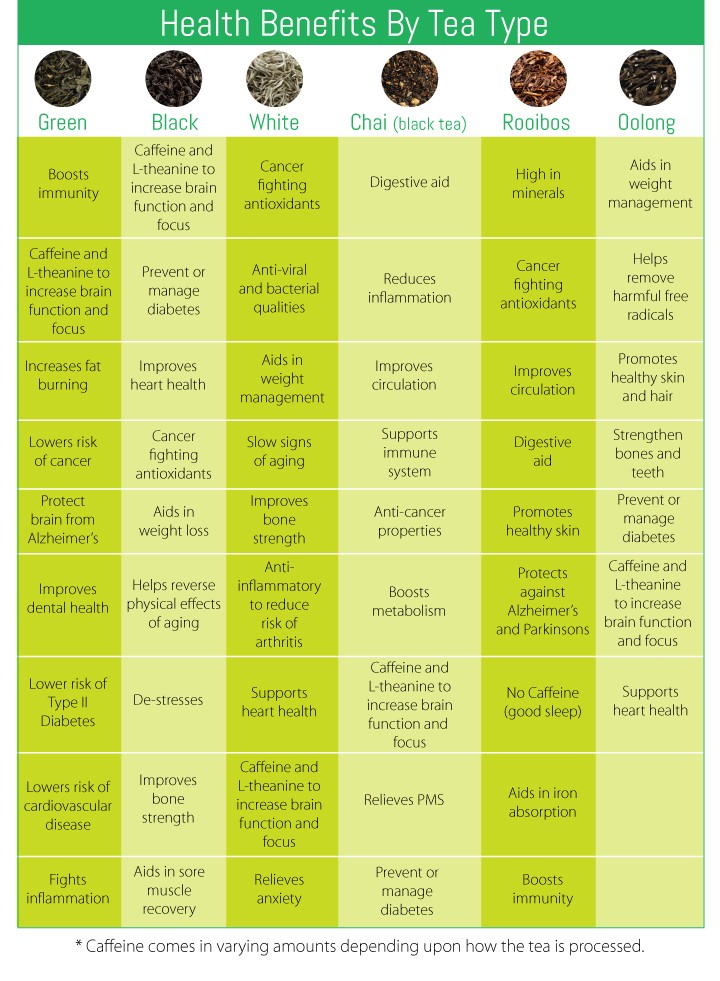 2 thoughts on “Best Teas to Drink for Your Health”