Tea traditions around the world

Traditions are one of the most important aspects that define an ethnic group. Tea is something that that reveals the cultural nuances present within various traditions. The list below presents a very short summary of the cultural differences present the tea culture ranked according to the countries production volume. 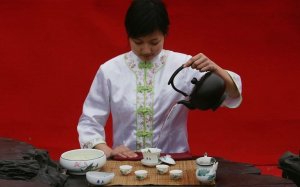 For Chinese people, tea is synonym of life. They were the first to discover the tea leaf and have been drinking tea ever since. Because of the geographic climate, many locations across the country cultivate different types of tea. The art of making tea is called “Cha dao”, which was soon accepted as one of the most important cultures that Japan learned from China.The only national museum in China can be found in Hangzhou, where there is a detailed description of the historic development of tea culture in China. 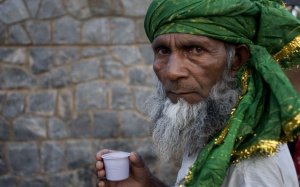 India produces and consumes more tea than any other country in the world. Chai is the national drink in India and it is served literally on every street corner– Especially in crowded train stations, where you can see people selling it at all times of the day and night. If you ever get invited to an Indian house (remember that here guests can drop by anytime without warning) prepare yourself to taste a sweet and a bit spiced milk-tea. 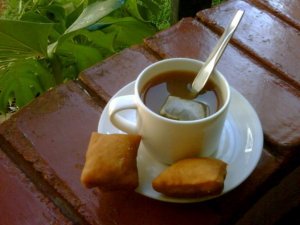 Kenya is one of the world’s top producers and exporters of tea. Kenyan tea is also the top foreign exchange earner for the Kenyan economy, followed by horticulture, tourism and Kenyan coffee. Because pure Kenya tea is very superior in quality compared to other teas of the world, most tea exported from Kenya is sold in blended form – it’s used for blending with other teas to produce some of the popular blends available in grocery stores across the United States, Europe, Asia and other markets.
In its purest form, Kenyan tea has gained recognition in markets across the world because it has been proved to have higher levels of antioxidants compared to teas produced in other parts of the world.
Kenyans drink black tea often taken with milk and sugar, though there are those who prefer it “strungi” or just black. My family enjoys the ginger-flavoured (Tangawizi in Swahili) variety of tea, a popular option that has a great kick to it. 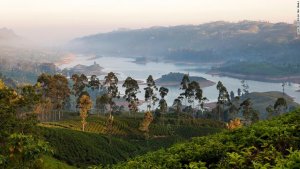 It’s no accident that the word Ceylon is synonymous with the world’s finest tea. For the story of the exotic Asian island of Sri Lanka and the delicious drink are twined by time. 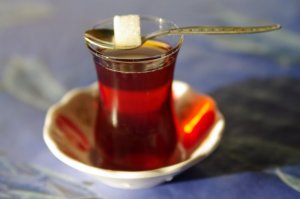 Turkish coffee may be the country’s most famous warm drink, but Çay tea is its most popular, served with every meal, and often in between. The black tea doesn’t take milk, but can be served with or without sugar and is usually brewed in a two-chamber pot. 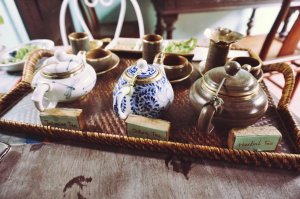 In Vietnam, tea is said to appear in almost every social activities: from wedding, birthday to anniversary and ritual ceremonies. A cup of hot tea in the early morning after breakfast, some iced tea at “quán cóc” – the roadside-make-shift shop while waiting for a friend, or a whole day chilling out in a teahouse; that is the way tea penetrates into Vietnamese’ daily life. 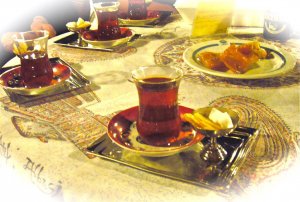 After tea caught on in India and China, the taste for it spilled down the Silk Road and into the Middle East by the 15th century which sparked the rise of tea houses known as chaikhanehs. But it wasn’t until the 20th century that Iranians began growing their own black tea, making it a nationally embraced beverage, which now welcomes guests and is a crucial element in social life. A silver tray customarily carries in the drink, which is accompanied by a bright yellow rock candy called nabat. So constant is tea’s presence in Iranians’ lives that its kettle will be kept on a stove burner all day. Tea is served very strong. Rather than mixing in sugar to counteract the bitterness, you’re encouraged to place a sugar cube between your front teeth and suck the strong brew through it.

8) Indonesia – Early in the morning and in the evening alike 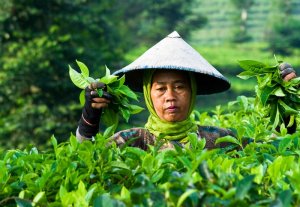 Tea has been a traditional beverage for Indonesians for over 200 years, particularly among village women. Men tend to prefer black and dark coffee; enjoying its taste mingling with the aromatic blend of a kretek cigarette, before starting their daily routines early in the morning. The serving process runs smoothly almost like a traditional rite; early in the morning and in the evening alike. 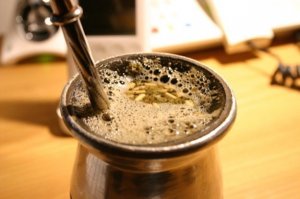 People often say that if you want to know Argentine well you need to try its meat, its wine and its mate. Yerba mate is the national drink of one of the most amazing countries in South America and the truth is that it’s more than just a drink. It’s also a way of life. Even though it´s not really tea (it grows on a bush) whoever travels to this country will find out that people drink it at any time of the day. The more you drink it, the strongest the after-taste. 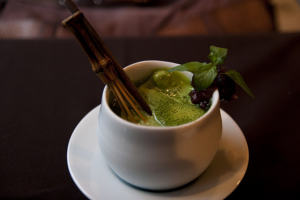 In Japan tea is an important part of the food culture. Even though, the diversity of tea here is quite big, when someone mention the word “tea” without specifying the type, it´s green to which is referred (green and Chinese tea are also some of the most popular ones). The ceremony of tea is known here as Chanoyu, which consists of serving green tea to a small group of people in one of the teahouses.

10 Tea Traditions Around the World